Update
This process does not work anymore since Chris Walsh has taken down the utility after being contacted by Microsoft. Microsoft has told him that flashing the phone using ChevronWP7.Updater may have unknown consequences to the future phone functionality. Read more about it here.

I have gotten impatient waiting for my Samsung Focus to receive NoDo update. Thanks to Chevron we do not need to be hostages of AT&T. I followed instructions on My Coding Adventures to successfully update my phone. Here is how I have updated Samsung Focus from version 7004 (original version) to 7390 version. These instructions are for 64-bit only. If you don’t have a 64-bit OS, then it is time to get one. 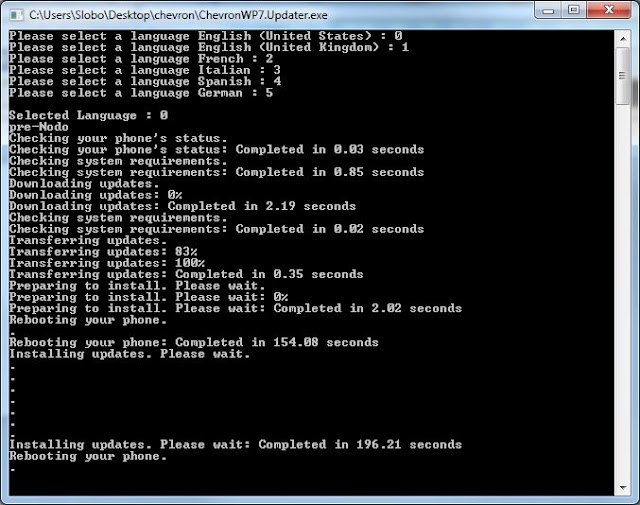 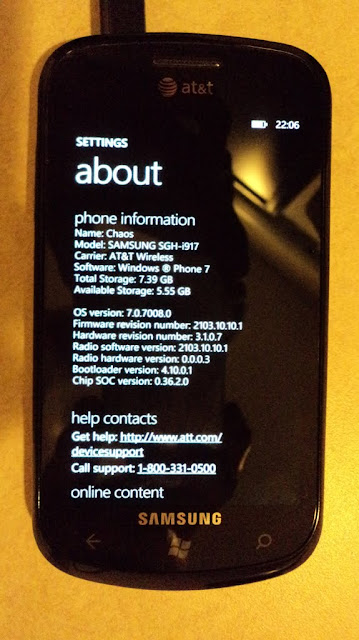 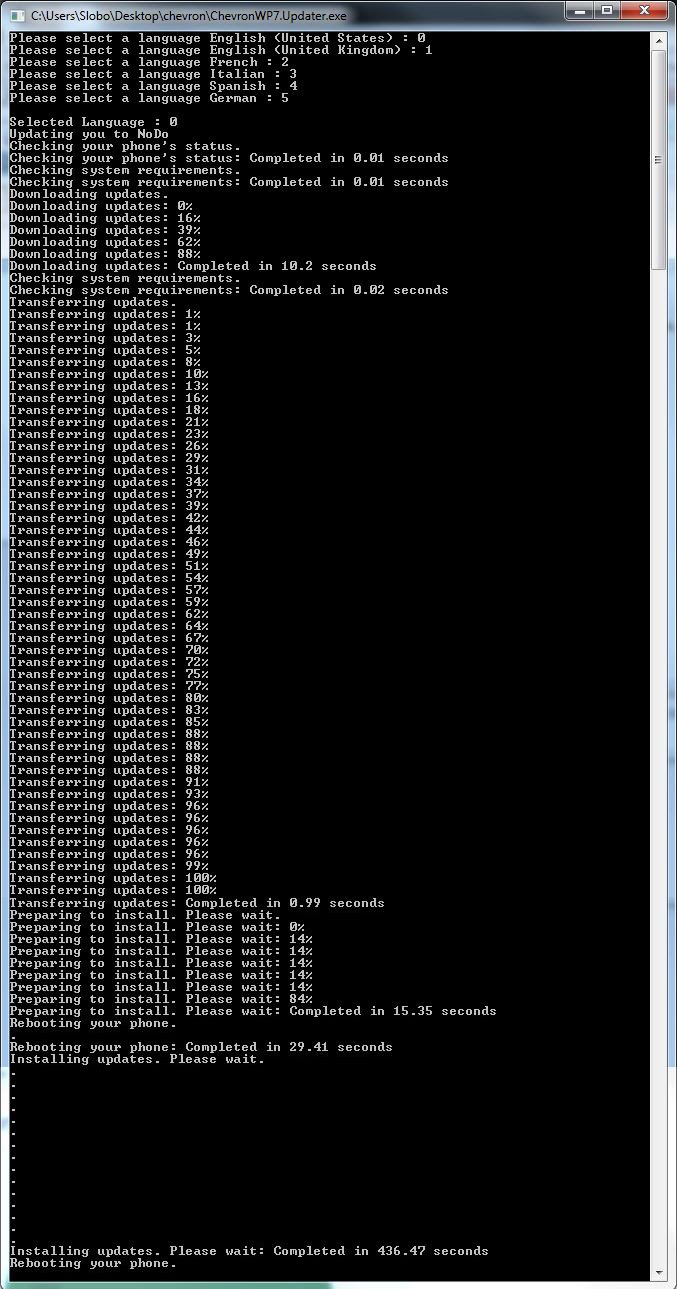 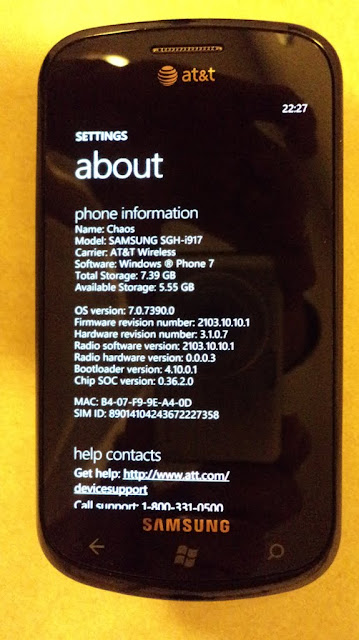 Conclusion
The NoDo update was smooth and has succeeded without any glitches. Thanks to Chris at My Coding Adventures, the creator of ChevronWP7.Updater. He has liberated us from the AT&T shackles.

Update (5/2/2011): Even though I had flashed my phone, I have received the official update as if no previous flashing was performed on it. It has been few days since the official update was installed and everything has been working fine. Microsoft’s warning that flashing the phone may prevent future updates does not appear to be valid.
Update (7/1/2011): I had used Walshed Phone Support Tool to return my device to normal state in order to be able to receive future updates. Last night I started installing Mango update and receive error code 80180048. This is a known issue. See my other post for a workaround.